Very nice Press! This 8 Unit Goss SSC Press was built in the USA during the best production period.

It was made with the highest quality materials and components.

It is considered by experts as one of the best precision printing machines made worldwide.

There are large Goss user groups, plus service companies supporting the equipment.

The Goss Community SSC is a world-wide proven printing press installed in more locations than any other Press in the World.

• Complete press with all connecting parts 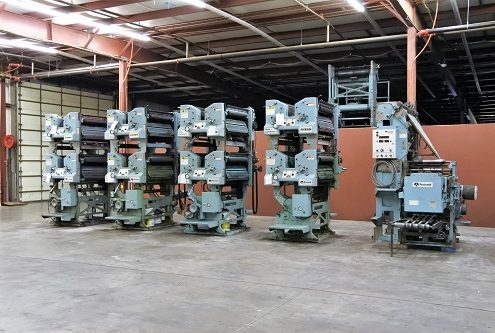