Several years ago, imPRESSions recovered the original single-wide web offset unit that was the prototype of what would become the Goss Community press unit. It was completely restored as a monumental piece of Goss history and is now prominently displayed at imPRESSions Worldwide’s headquarters in Burlington, WA. Featured in the photo are Peter Kirwan, Susan Cai and Peng Yong from Goss China posing alongside the Goss Community unit in the lobby of imPRESSions on a recent visit. 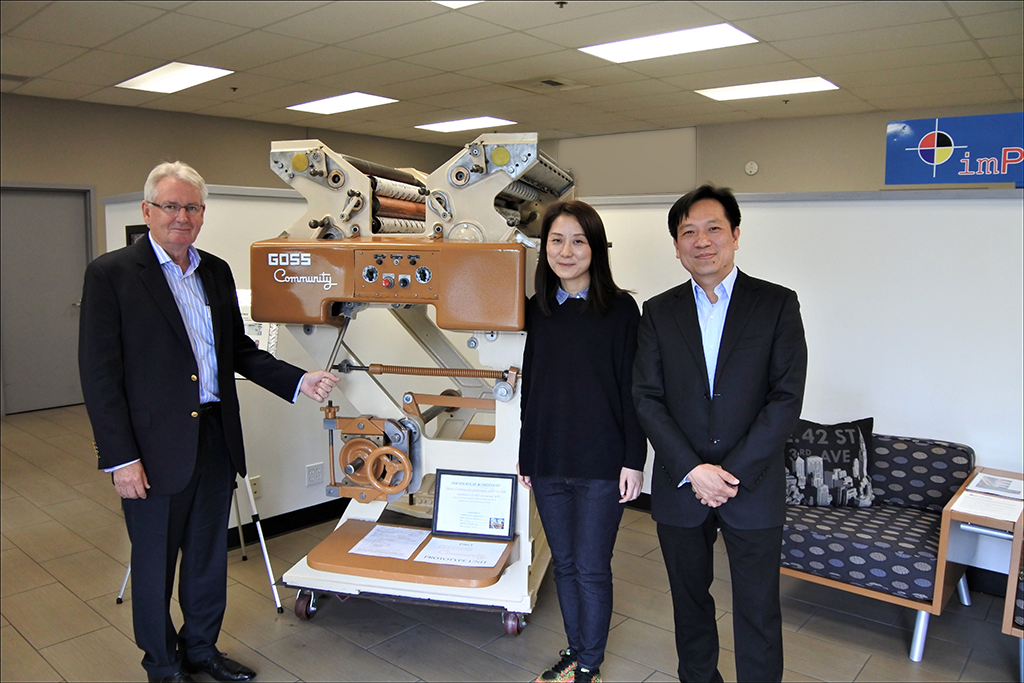 imPRESSions Worldwide is the premier supplier of used Goss Single Wide Press Equipment. We maintain a large inventory of complete presses and add-ons.

Berkeley, CA customer in dire need of an automated plate bender. We are able to supply this NELA plate bender and to customize the bend to their precise specifications. Quality you expect, customer service you deserve.